It has been a while now since taking my telescope outside to do some imaging. I looked in the sky at for the Perseids  meteor shower but didn’t see much… then I watched ‘Sky at Night’.

Sky at Night was all about meteorites and how to find and detect them especially during the Perseids meteor shower. In the program was a section that showed some Radio Astronomy which detected incoming meteorites. This involved listening to a powerful VHF radio station out of range normally, in this case France. When a meteorite enters the atmosphere it leaves an ionised trail which reflects radio waves back down to the ground. This is heard as a ‘ping’ and can be viewed on a computer. Impressive, but I thought it looked complicated.

Then the following night I went to a meeting of the Bolton Wireless Club and Ross (G6GVI) told me how he had re-created the set up on Sky at Night by using a piece of software called ‘FutureLab’ and a receiver tuned to 143.050Mhz to monitor the GRAVES VHF station in Dijon, France.  I decided to have a go myself with some amazing results!

The first image shows a larger ‘ping’ along with some smaller ones recorded over about half an hour just after midnight shortly after the Perseids peak. 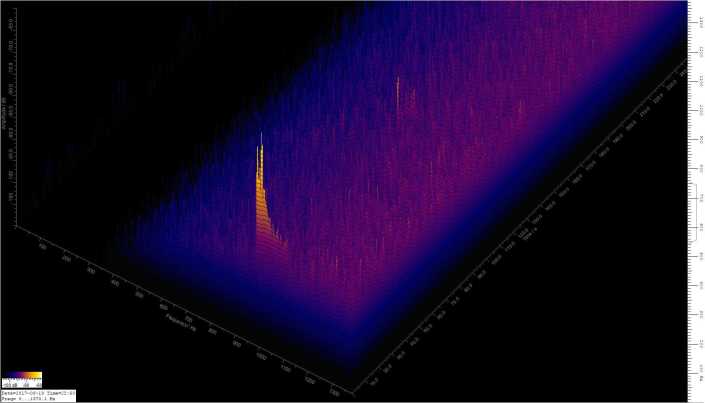 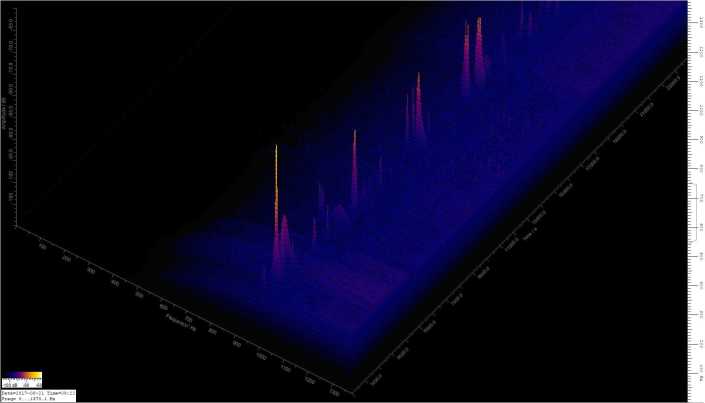 The second image was recorded over a longer period from about midnight to 9.00am the day after.

The peaks show meteorites entering the atmosphere reflecting the radio waves from the GRAVES transmitter.

This entry was posted in Uncategorized.