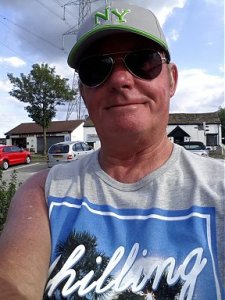 My name is Steve Macdonald and I have had an interest in astronomy since I got my first telescope for Christmas when I was about 9 years old over 50 years ago! I watched the Apollo missions in awe back in 1969 and stayed up all night to watch Neil Armstronge walk on the Moon. Since then I have looked at the sky and learned most of the constellations to find my way around. In 2005 I bought myself a telescope which was on offer from the Big W (Woolworths). I then began my journey by observing the Moon with my new telescope. Then, I had an idea…suppose I put a webcam in place of the eyepiece? I would be able to take pictures of the Moon. The results were amazing! I was able to take images and then clean them up on my computer.

Before long I needed a better, professional telescope to use with my webcam. I decided to buy a Skywatcher 130m with EQ2 mount and tripod. It also had a tracking motor which enabled me to take images of planets and even DSO’s. I was on a steep learning curve!

Later, I bought a Skywatcher 80ED Pro and Celestron SLT computerised mount. This now works along with Sky Link and i-pad. To image I use a Canon 1200D and previously used a Canon 35oD. My webcam is a Philips TouCam Pro II which works very well.

This website is a collection of my images over the last 10 years, more being added as I collect more images.